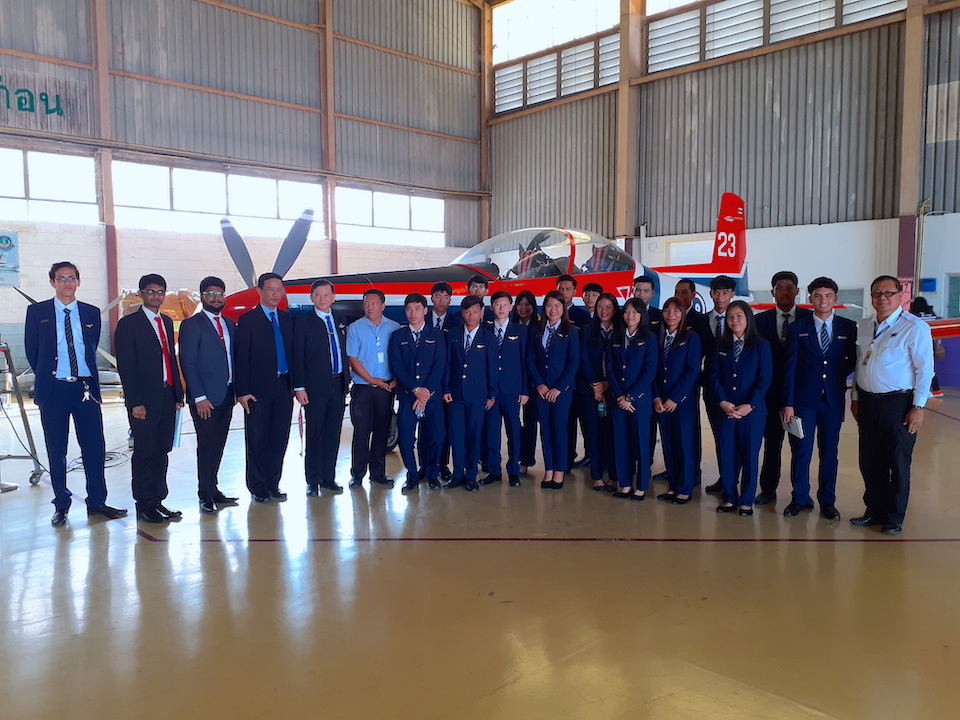 The Thai government in 2003 established the Thai Aviation Industries Company Limited (TAI) to operate in repair and maintenance of aircraft for government sectors. The company’s aircraft repair services centre at Nakhon Pathom Province was officially opened on 2005. The standard of the services is in accordance with the rules instructed by the Department of Civil Aviation. In 2005 the company expanded its services to cover the new two maintenance services centres for light aircraft for flight training at the Flying Training School (Nakhon Pathom Province) and Squadron 604, Don Muang. TAI is currently providing the maintenance service for military, government agencies and commercial aircraft. In 2013, TAI is certified as an approved aircraft Maintenance, Repair and Overhaul (MRO) facility from the Department of Civil Aviation, Ministry of Transport. Thai Aviation Industries Co., Ltd. (TAI) can provide services such as Sheet Metal Work, Aircraft Painting, Schedule Maintenance and Un-Schedule Maintenance. Thai Aviation Industries Co., Ltd. (TAI) service has widely served military, government sectors and various kinds of commercial aircraft.

On November 12th, 2019 the Second year Aeronautics Students along with two lecturers and the Vice President of Student Affairs of the College visited the Royal Thai Air Force Flying Training School, Nakhon Pathom by 9.00 AM. The Chief of the RTAF flying school and instructors are welcomed the STIC team members. The officers gave us a briefing about the RTAF flying school and maintenance base in the conference room. After the briefing there was an interaction session between the officers of RTAF and the students from STIC. 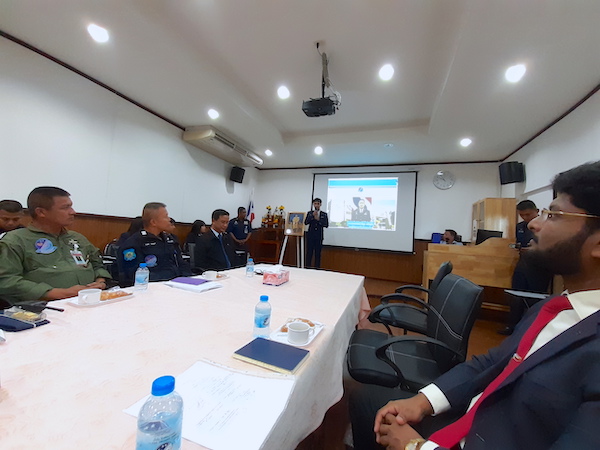 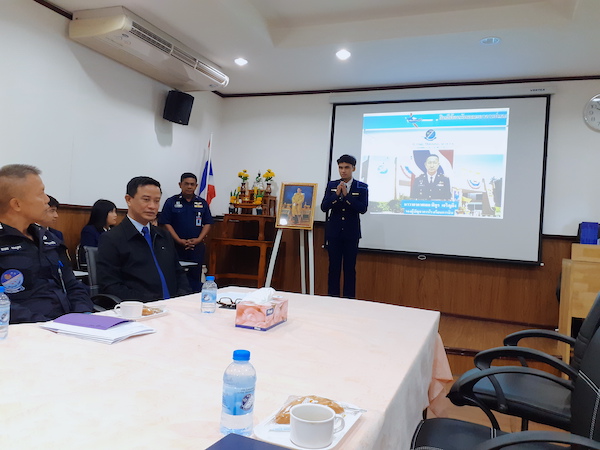 After the briefing the students were taken to the hanger for the practical session. The wing officers explained about the maintenance and repair work procedures for the light combat aircraft. They also explained about the opportunities available in the Royal Thai air force. 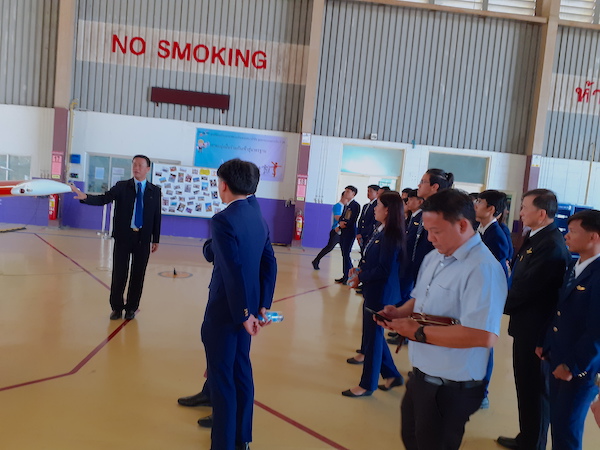 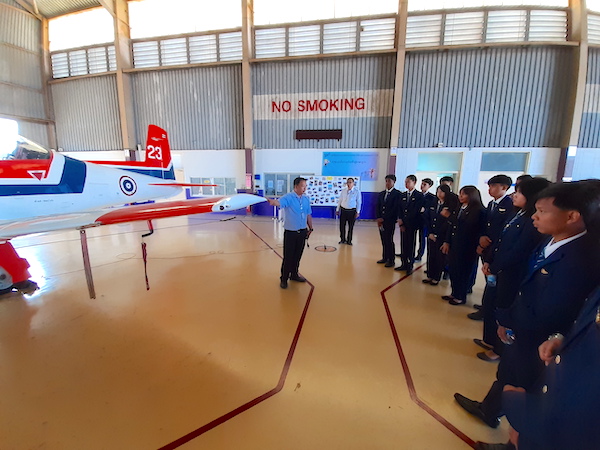 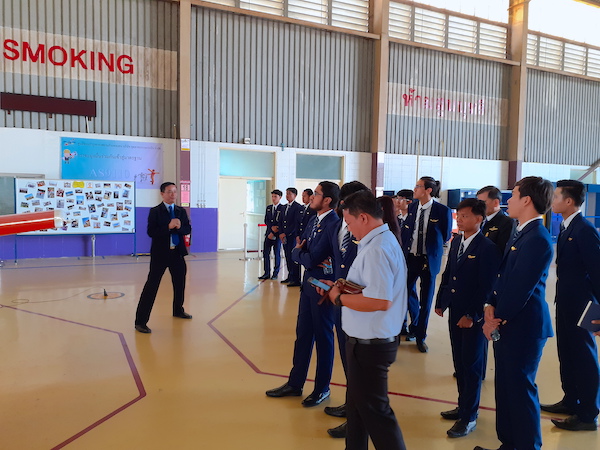 Briefing in the Aircraft Hanger

The students had a great time in knowing the procedures of the aircraft maintenance which they had learnt in the class room. This visit helped them to expand their understanding in terms of the practical application of the classroom knowledge. Finally, we left the flight school by 2.30 pm and reached STIC by 5.00 pm.

The feedback from the students was collected to assess the outcome of the visit. It was found that the students enjoyed much and they got more knowledge on the aircraft maintenance.