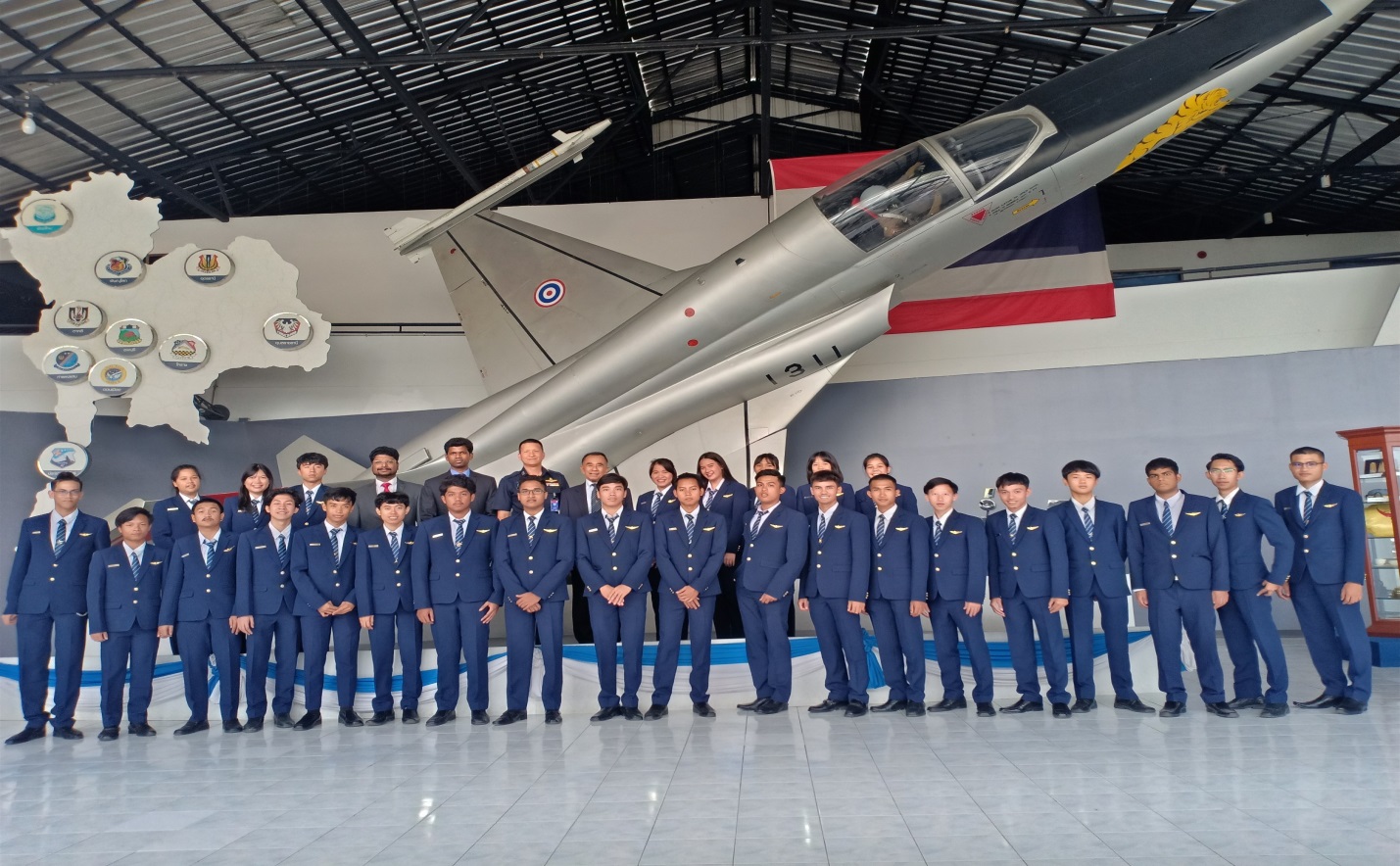 The Royal Thai Air Force Museum is located in Don Mueang District, Bangkok, Thailand. It is located on the Phahonyothin road just to the south of Wing 6 of the domestic terminal of the Don Mueang Airport.

Royal Thai Air Force (RTAF) Museum was built to become the National Knowledge Center for aviation. The museum provides and collects numerous types of both active aircraft and decommissioned aircraft since the early period of Thai aviation to the present day as well as the valuable historical documents of the RTAF. The museum exhibits various types of aircraft featuring Boeing 737-200 and UH-1N of which major roles are to serve as the royal transportation for His Majesty King Bhumibol, Baribatra (or Boriphat – the bomber type 2) designed and built by the RTAF, Tachikawa Ki-36 (one of the last two remaining aircraft of this type in the world), the last Hawk 3 and Corsair. The museum also exhibits the active fighter aircraft of the RTAF such as F-5A, F-16A, and Gripen. The museum also highlights the MiG-21 from Vietnam Air Defense and Air Force, sent for the knowledge public. 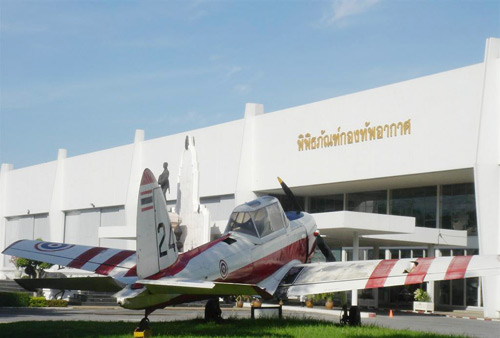 The museum provides details of Thailand’s role in World War II. Imperial Japanese forces landed in southern Thailand on 8 December 1941 and after a skirmish of several hours Thai forces were ordered to cease fighting the Japanese. Thailand declared war on Britain and it is said also on the United States in January 1942 and remained a Japanese ally until the Japanese surrender in August 1945. The museum contains several paintings of Thai fighter aircraft intercepting US B-29s, P-38s and P-51s. 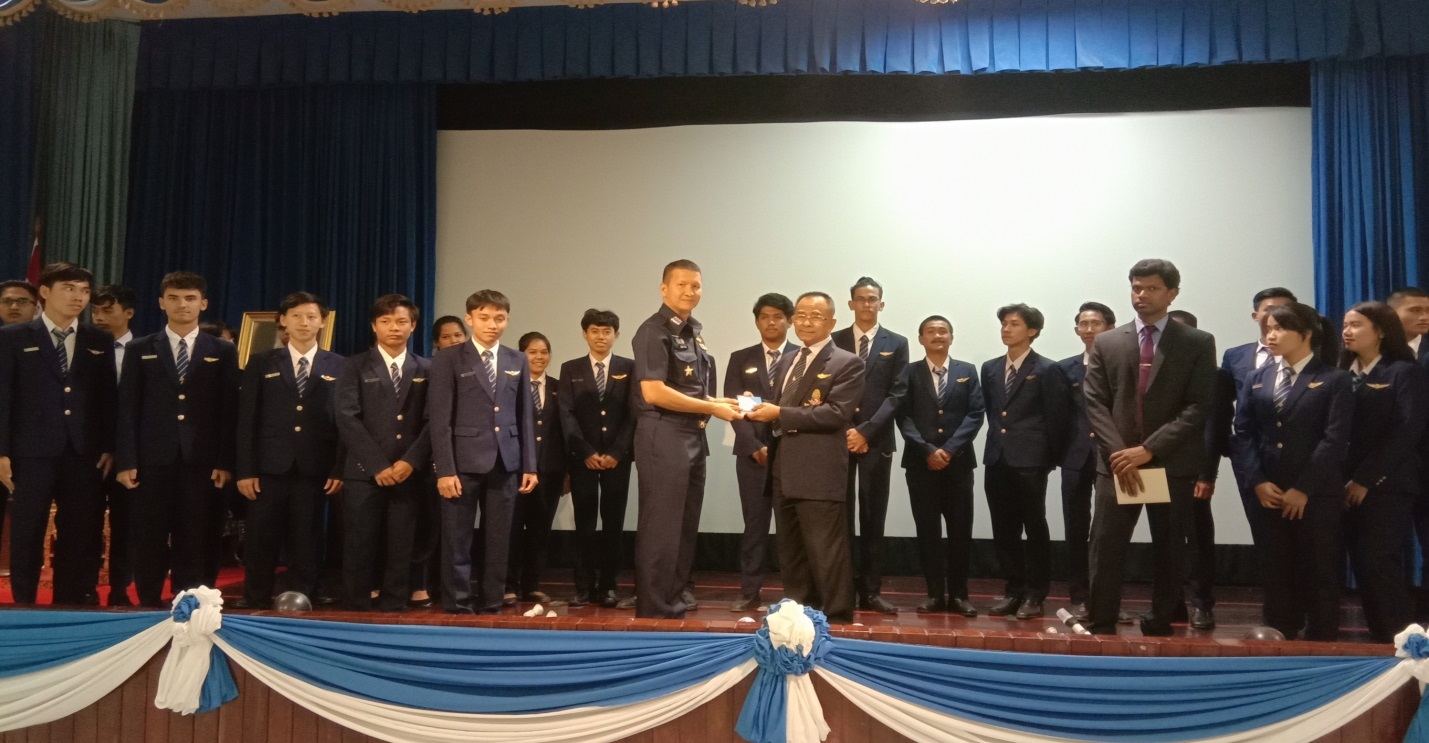 In the afternoon on February 2nd, 2019 at 12.00 PM, the students along with the lecturers of the Aeronautics department departed from St. Theresa International College to Royal Thai Air Force Museum by vans. There were all 34 people including teachers. They have reached the museum by 1.30 PM. They were asked to sit in the auditorium where a Pilot Officer had given a brief note on the history of the museum. Soon after the speech, there was a video presentation about the Royal Thai AirForce. After the presentation the students were able to have an interaction with a F16 Pilot.

The Speaker then elaborated the requirements for the candidates who wish to join the Royal Thai Air Force. Then the tour around the museum began. They had a great time in the museum and also they got to know about the Royal Thai Air force’s past and the present. They were able to look into the types of aircrafts which they have studied in the subject. This visit helped them to enhance their classroom knowledge.

With those wonderful moments the students left the museum by 4.00 pm and reached St. Theresa International College.