The Seminar on Air Navigation Systems was held on 10.07.2019 for the second and third year students. The Aeronautics program had organized the seminar in-order to provide the students with an opportunity to get themselves updated with the emerging technology in the aviation field i.e. aircraft navigation systems and flight management systems. Captain Varat Dhamasiri from Bangkok Airways was invited as a guest speaker. Air Chief Marshal Wallop Mesomsup, Aj. Praveen Shaju, Aj. Saran Kumar, Aj. Hariramakrishnan, Dr. Malee and Aj. Chirathana were also present in the seminar.

The seminar began with the welcome speech by Aj. Praveen Shaju. He had introduced and welcomed the Guest speaker. The seminar was divided into two sessions: one on “Air Navigation Systems” and the other on “Flight Management Systems”.

The session – I: Captain Varat expressed his thanks for the warm welcome and he took over the session. He began his speech with the fundamentals of Air Navigation systems and its necessity in the aircraft. He also explained about some of the navigation instruments and its operations. The session went very interactive. The pilot also gave some gifts to the students who were actively participating in the interaction.

In session – II: After a break of about 15 minutes, the pilot started the next session on Flight Management systems. He also shared his real time experiences and also presented some real time videos which were taken during his flight. The second session also ended with a student interaction.

The session was very fruitful. The students were very much interested as they were studying the same in the classroom. ACM Wallop Mesomsup presented the memento, certificate and honararium to the Speaker. The seminar ended up with the vote of thanks by Aj. Praveen Shaju. 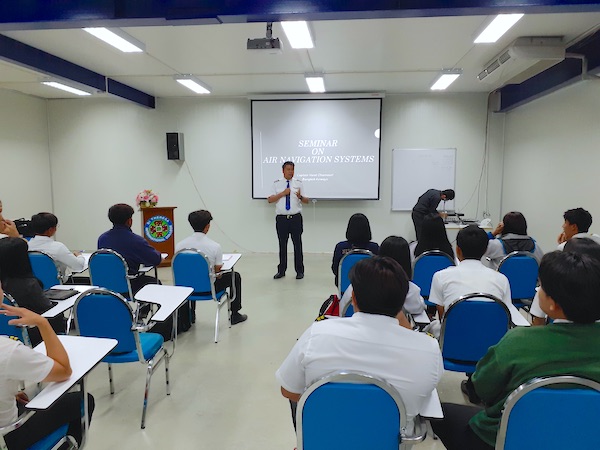 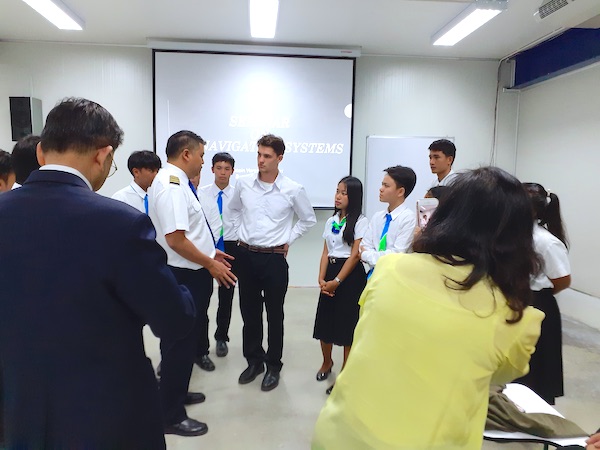 Student’s interaction with the Guest Speaker 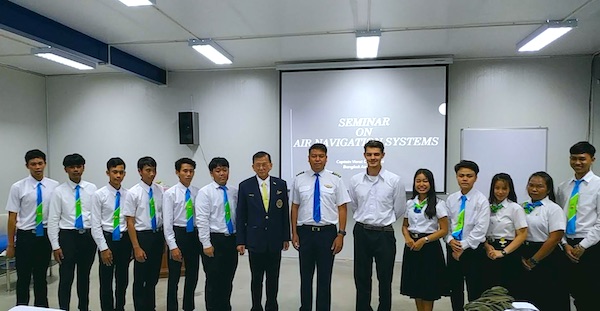 Photo session with the Guest Speaker, the Guest of Honours and the lectures of the program