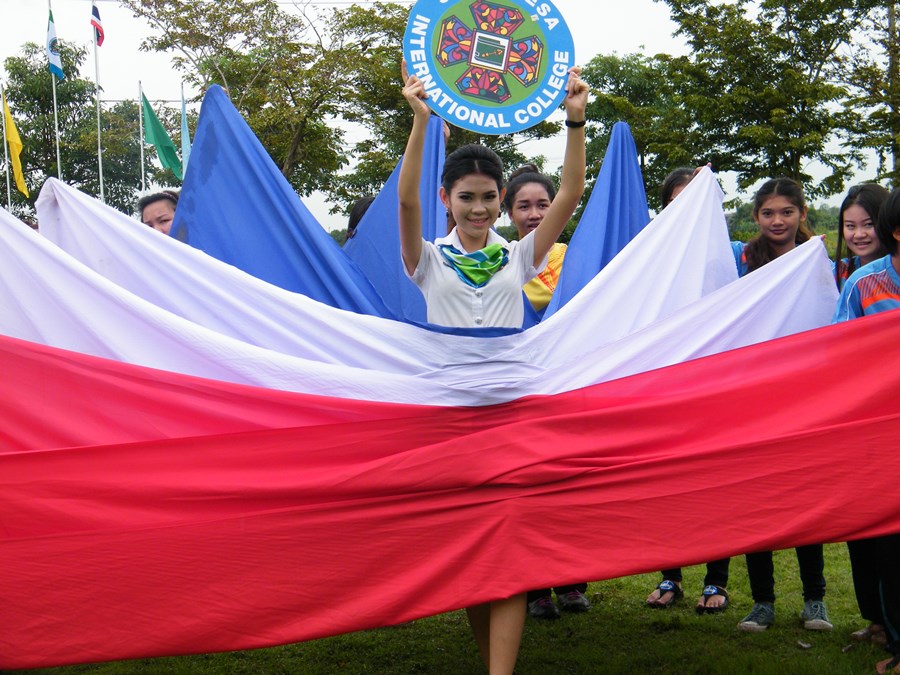 St Theresa International College Sports’ Day activities this year will be officially opened on November 13, 2015 at the STIC Football Field.

Dario Mando , Director of the Students Affairs Office told STIC NEWS that the Sports’ Day activities will be taken place only in a day, but it is expected to be bigger and better than in the previous years.

The games to be held will be different five international sports and one local play and game including both field and track.

Meanwhile, the other local game will be only “tug-of-war” for women and men team of 12 players (10 students and 2 lecturers) in a team. There will be also contests for the most beautiful parade, the best cheerleading team, and the best cheerleaders.

The Sports‘ Day activities organized by the Office of Students Affairs, will be also aimed at launching the promotional campaign on “SAVE WORLD SAVE LIFE@ WAR AGAINST SMOKING ALCOHOL” along with exercise for health and fitness among the college administrators, faculty members, lecturers, support staff and students.

During the day games, all STIC lecturers, support staff and students are divided into the 4 groups in four colours: Blue, Green, Yellow and Red for the sports competitions and games.